On transmigration (or reincarnation)

….There are other realms or (eschatological) degrees or states of being, like the diverse hells, the purgatory and limbo of Christian theology and other, peripheral or central states (following René Guénon), through which the unsanctified soul passes. “No being of any kind can pass through the same state twice”; ‘peripheral’, and ‘central’ refer to animals and plants, and analogous to the human state respectively. All of this is popular or exoteric (and also cosmological) doctrine, interesting and stimulating though it be. There is a much deeper understanding of the doctrine of ‘transmigration’. It is as follows:

The Greek philosopher Plato wrote: “The soul of man is immortal, and at one time comes to an end, which is called dying away, and at another is born again, but never perishes… and having been born many times has acquired the knowledge of all and everything”. It must be understood that Plato did not mean the individual soul as the subject of transmigration. Similarly, Plotinus : “There is really nothing strange in that reduction (of all selves) to One; though it may be asked, How can there be only One, the same in many, entering into all, but never itself divided up”. And Hermes, an important figure in Western esoteric doctrines: “He who does all these things is One”, and speaks of him as “bodyless and having many bodies, or rather present in all bodies”. (From ‘What is death’, being published serially in ‘Advaita Vision’. 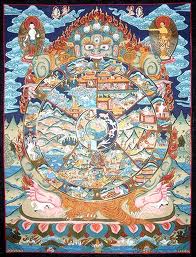 General surgeon (retired). Studied Western philosophy at U of Toronto. Afterwards interest turned to advaita vedanta and non-duality for past 20 yrs, plus a long interlude in Sufism coinciding with that period. Now contributing in ’Advaita Vision’ with regular posts and discussions.
View all posts by amartingarcia →
This entry was posted in Sin categoría and tagged cosmology, eschatology, Guenon, Hermes, Plato, Plotinus, purgatory, reincarnation. Bookmark the permalink.

1 Response to On transmigration (or reincarnation)